Last month, the Alliance for Automobile Manufacturers submitted a report to the National Highway Traffic Safety Administration/Department of Transportation calling into question impacts of climate change and tailpipe pollutants in an effort to undercut the need for fuel economy regulation.  The Alliance is the trade group for Chrysler, Ford, General Motors, and Toyota, among others.  The report funded by the Alliance was written by industry shills with ties to the Heartland Institute and General Motors, and it flies in the face of automaker claims by the likes of Ford and Toyota that they are taking climate change seriously.

Taking a page straight out of the Disinformation Playbook

The group the Alliance funded to put together the report has a long history of working against environmental regulations—that’s pretty much their schtick.  Past clients include the American Petroleum Institute, the American Coal Council, the U.S. Chamber of Commerce, Monsanto, the American Enterprise Institute, and, of course, the Alliance.

The report follows a familiar pattern, generally calling into question the science behind the health impacts of [insert pollutant here], frequently based on a convoluted and biased modeling effort masquerading as science.

If you’re familiar with the Disinformation Playbook, then what’s in the Alliance’s paid-for report will sound familiar: 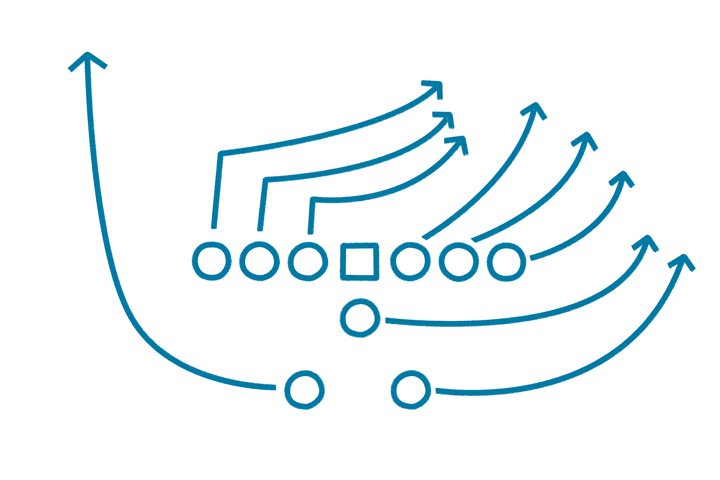 Automakers are running plays straight out of the Disinformation Playbook in order to try to weaken consumer and environmental protections.

Part of me is not surprised that the automakers have adopted this strategy to mislead on the science, because it’s a tactic they’ve used in the past time and time again, as I outlined in the UCS report Time for a U-turn:

These tactics are par for the course for the Alliance – our report Time for a U-Turn details more than six decades of industry interference with state and federal safeguards, encompassing all facets of protections: fuel economy, safety, and air quality.

In our report, we called for the industry to make a U-turn on its behavior, but the sad fact of the matter is that the auto industry does not seem to want to change, and this most recent submission to the government shows us just how much they are still mired in their questionable tactics of old.

It’s time for automakers to lead

The vehicle efficiency standards set back in 2012 were the result of support from the automakers, who worked closely with regulators to design the regulations.  For an industry with a decades-long history of fighting regulation, this about-face was the result of a harsh confrontation with reality.

Just before the Great Recession, the Detroit Three had fallen on hard times as a result of neglecting to invest in the efficiency of their passenger car fleet.  When gas prices rose, the companies’ sales and profits dropped like a rock, requiring massive loans.  In this context, the industry seemed to finally recognize the value in industry-wide efficiency standards that hadn’t been raised in decades.

Today, however, that leadership is nowhere to be found.  Automakers are urging he current administration to weaken standards, and Pruitt’s EPA and Chao’s DOT seem dead-set to do exactly that.  While suppliers recognize the harm that pulling back on these standards will do to the industry, automakers are stuck in the same mindset that cost the country, and our environment, so deeply in the past.

Now, not only are automakers trying to weaken the standards—they are calling into question the need for regulations at all.  NHTSA would do well to ignore this rubbish in order to make sure its decisions are best on the best available science, but if automakers like Ford and Toyota truly think that climate change needs to be addressed, then it is incumbent upon them to keep their trade association from putting out this kind of anti-science drivel.

Automakers need to stand up for science and call out this nonsense, or they stand complicit on the side of rhetoric and lies in weakening our environmental protections just to pad their profits.

What Are States Planning To Do With Federal EV Charging Funds?