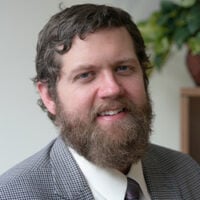 A couple years ago, I detailed how an industry designed to increase and sell devices tampering with pollution controls was trying to use the extremely small slice of its business targeted at racing as a Trojan horse to hinder EPA enforcement and let loose a bevy of tampering devices on the American public. Since then, neither EPA nor SEMA (the Specialty Equipment Manufacturing Association) has let up their respective efforts to curb or increase pollution.

With a Senate hearing scheduled later this week, Congress is once again taking a look at the RPM Act, which has become SEMA’s last-ditch effort to thwart regulation, so I thought it’d be worth spending some time recapping just what the heck is going on.

Since my blog, there have been at least two distinct court cases that the aftermarket parts industry has fought against EPA. In both cases, the courts found that the parties lacked standing. While that may sound like a technicality, the reasoning is exceptionally important for policymakers to understand.

The first case was a lawsuit filed by Gear Box Z, a supplier of products designed to circumvent emissions controls (“defeat devices” as defined by statute), and was supported by SEMA in an amicus brief. This case was dismissed because Gear Box Z was unable to prove that ANY of its products were sold to vehicles used in racing. In contrast, EPA was able to provide a significant amount of evidence showing that these parts were sold and used in on-road vehicles.

This is the crux of the problem—the vast majority of the products sold by industry are used on our highways and roads, not in hobbyist racers’ cars on the track. Performance products represent about one-quarter of the $50 billion aftermarket industry, and that $12 billion isn’t just being spent on the 2 percent of cars used exclusively on the track. This is most obvious in the overwhelming volume of cases involving diesel pick-up trucks, but is also apparent when comparing the volumes of defeat devices sold to the rather small niche of amateur racing. In numerous enforcement cases, companies have put forward the claim that their products are for off-road/track use and have been unable to produce ANY evidence to back up that claim.

The second lawsuit was brought by the Racing Enthusiasts and Suppliers Coalition (RESC), an association representing undisclosed businesses that make and sell aftermarket car products organized by a SEMA member (Turn 14). In August, the court dismissed the coalition’s lawsuit against EPA because RESC could not identify for the court any harm caused to the companies it represents, so it lacked standing. Part of the reason it found no harm was that the court disagreed with the coalition’s assertion that EPA had actually done or changed anything, something repeatedly emphasized by EPA.

What does the Clean Air Act say about emissions tampering?

The Clean Air Act is crystal clear: no one is allowed to tamper with the emissions controls of a motor vehicle or motor vehicle engine, full stop (42 U.S.C. § 7522(a)(3)). This was made even more clear in the 1990 amendments to the Clean Air Act, after which in 1991 EPA issued clarification to anyone working on emissions controls systems about exactly what is disallowed by the Act. Despite claims by the industry to the contrary, there is no competition exemption for motor vehicles.

This has been reiterated time and time again by EPA to the manufacturers, distributors, and installers of the defeat devices for which SEMA is requesting exemption. In 2008, EPA even went to the 2008 SEMA Trade Show and stated directly and clearly to industry that 1) it is tampering to sell defeat devices even if they are installed on motor vehicles used solely for racing and 2) consumers checking a box claiming they will only use them in competition does not absolve the manufacturers of this violation of the Clean Air Act.

Industry has tried repeatedly to make up an exemption for racing that doesn’t exist (at least not yet).

No, EPA is not coming for your race car

EPA has made clear that tampering with emissions equipment of motor vehicles is prohibited. However, they have also made quite clear that they are not interested in going after individuals at the track—they are instead going after bad actors within the industry:

“Our enforcement focus on aftermarket defeat devices has led some to think that the EPA seeks to stop the tradition of converting EPA-certified motor vehicles to vehicles that are used solely for competition motorsports. That is not the case. The EPA has never taken, and has no intention to take, enforcement action against vehicle owners for removing or defeating the emission controls of an EPA-certified motor vehicle for the purpose of permanently converting it to a vehicle used solely for competition motorsports.”

It should be noted that it is also possible to modify a vehicle for racing without tampering with its emissions equipment and/or increasing its emissions. In fact, the California Air Resources Board (CARB) has certified a number of products which significantly increase horsepower and other performance characteristics that might be desirable on the track while adhering to the vehicle’s original pollution limits, and EPA does not consider the use of such products as tampering.

It isn’t racing that EPA is trying to put a stop to but simply an industry built on tampering with emissions controls and damaging public health with on-road usage.

As noted in my earlier blog, the RPM Act opens up a loophole wide enough to drive a coal-rolling pick-up through. It is not merely creating an exemption to the Clean Air Act for racing but creating a pathway to absolve a multi-billion-dollar industry that relies upon illegal use for a significant share of its revenue. Its own data shows that just 2 percent of its’ customers vehicles are dedicated race cars—it’s trying to protect the other 98 percent of its business that share the roads with you and me.

RESC claimed in its filings, as SEMA had in the Gear Box Z case, that “conversions” to a race car mean a motor vehicle is no longer a motor vehicle. The problem with this notion is that there is absolutely no process or allowance whatsoever for such a conversion in the Clean Air Act…for motor vehicles. But, there is exactly this process for off-road vehicles, which DO have an exemption for competition under the Clean Air Act. In fact, EPA finalized a rule way back in 2002 that provided allowance for conversion.

In order to convert an off-road motorcycle to a competition vehicle, the vehicle must be decertified—this means that it cannot be registered as a recreational vehicle and can therefore ONLY be used on a racetrack. This is also true for imported racing vehicles, which require documentation of the vehicle’s capabilities and disqualification from safe road use. These narrow exemptions help ensure that such vehicles are used where required to fulfill the required limit of the competition exemption—on the track.

If SEMA were serious about its concern for racers, the RPM Act would be a narrowly tailored bill requiring a motor vehicle be decertified as part of the “conversion” to a race car, therefore eliminating any possible concerns about the vehicle being used on public roads. Such a bill could be a reasonable response to the racing industry, if they need a legislative guarantee consistent with EPA’s current enforcement practices, and requiring any racing vehicle to be decertified would also allow suppliers and installers to easily verify whether or not the vehicle (through its vehicle identification number, or VIN) on which a part is to be installed is, in fact, a racing vehicle.

Unfortunately, this common sense pathway to narrowly amend the Clean Air Act was rejected by SEMA—in fact, the latest version of the RPM Act introduced to the Senate last year explicitly prohibits any such process.

The reason for this is obvious: SEMA is simply not interested in limiting the sales of defeat devices to the small, hobbyist racer segment of the market. Instead, they are trying to exploit sympathy for this narrow segment of the market to open up a loophole allowing the much larger number of illegal sales currently fostered by SEMA’s companies. Too many in the industry are interested in selling these pollution enabling devices to anyone who’ll fork over the cash, and SEMA doesn’t care a bit about whether or not it worsens the environment. They’re focused on a different kind of green, public health and welfare be damned.