Only a few years ago everyone was bullish on biofuels. It was that rarest of things: something that Al Gore and George Bush agreed on. Times have changed — and changed quickly.

This blog appeared as a guest blog on the Christian Science Monitor’s Energy Voices.

This summer’s drought and the withering of a corn crop, which now dedicates its largest share to fuel rather than food, has thrown the limitations of corn ethanol into stark relief. Yet for all the negative impacts of corn ethanol — it was never a very clean or low carbon alternative to oil — it is now a deeply rooted part of our fuel supply. Yet rather than continuing to fight yesterday’s battles over corn ethanol, we should focus on another, more significant, decision over the future of U.S. biofuels production.

And this time, we should  nip it in the bud before it becomes as entrenched as corn ethanol.

When Congress set the course for biofuels policy in the heady days of bipartisan enthusiasm for clean energy back in 2007, it set aggressive, progressive targets under the federal Renewable Fuel Standard (RFS): increasing corn ethanol from the previous 7.5 billion gallon mandate to a 15 billion gallon target, and adding 21 billion gallons more in mandates for advanced biofuels from both food crops and nonfood “cellulosic” sources that delivered greater environmental benefits than conventional biofuels by 2022. The first, corn ethanol-focused phase of the expansion is essentially complete, and the second phase, focused on advanced biofuels, is now starting in earnest.

But the commercialization of a cellulosic biofuel industry has proven to be tougher, and slower, than anticipated — partly a result of the terrible investment climate following the financial crisis. We’ve missed the production targets set by the Environmental Protection Agency for several years now.

Fortunately, the RFS contains considerable flexibility, giving the EPA the authority to adjust the mandates to respond to real-world conditions. The EPA has used this flexibility to annually scale back the mandates for cellulosic biofuels — something we expect they will do again in the next few weeks.

And it is here that we see the new fuel-from-food threat. The EPA has been increasing the mandates for fuels like biodiesel made from vegetable oil and sugarcane ethanol to make up for the missing cellulosic biofuels. But the available stocks of sugar and vegetable oil are not nearly enough to meet the growing mandates if cellulosic fuels don’t come on line.

If the EPA keeps substituting food-based fuels for the delayed cellulosic biofuel, we will see a huge expansion of biodiesel and sugarcane ethanol production that will lead to increased deforestation in the tropics and continued pressure on global food supplies.

Our research suggests there is enough nonfood feedstock in this country to meet the total 36 billion gallon biofuel target if we are patient enough to allow the cellulosic industry to develop. To prevent the associated problems to our environment, economy, and climate, the EPA should not increase mandates for food-based biofuels.

It’s tempting to think that the energy policy of 2007 is past its prime and we should forget the whole thing and just start over. But we should remember that the RFS is just one part of a multipronged strategy, along with fuel efficiency and electrification, to help cut our oil use and reduce global warming pollution.

Despite the obstacles to commercialization, the first cellulosic biofuel facilities are coming on line today.  In Florida a company called INEOS Bio is starting up an 8 million gallon-a-year facility, and other facilities are being built across the country. But even with healthy growth and a stronger climate for investment, a bold but realistic target for 2022 is closer to 3 billion gallons than the original 16 billion.

So we must be patient. And realistic.

Next generation biofuels, together with electric vehicles and other advanced technology are going to take longer than we want to deliver the big oil savings and emissions reductions that we need. But they are the vital long-term investments that can help us to cut our projected oil use in half in the next 20 years. 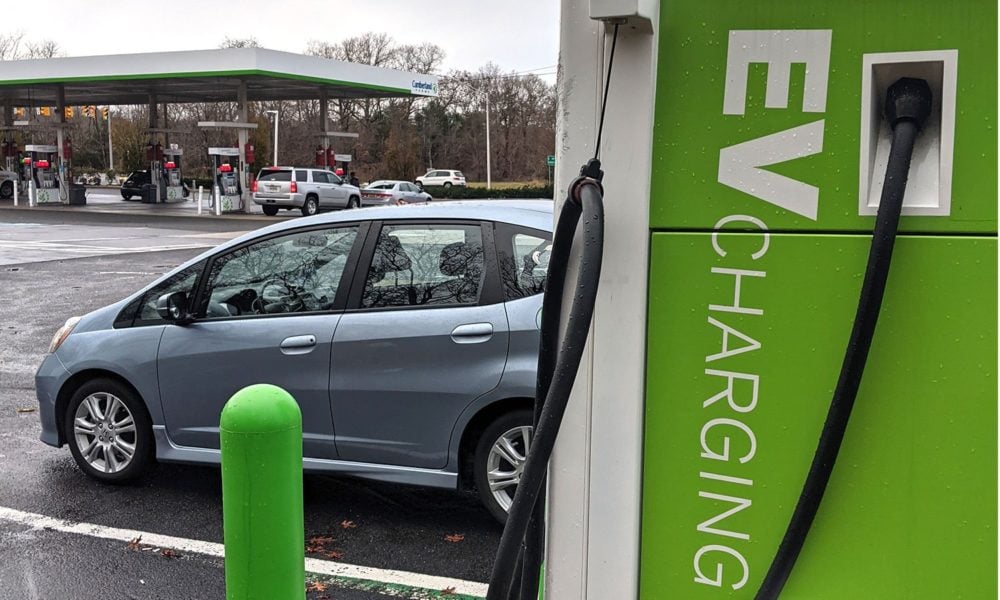 Can Trees, Oceans and Giant Carbon Sucking Machines Save Us from Climate Catastrophe?