Looking to start the new year with a new vehicle? Begin your obsessive internet research by reading the following recap of updates to the 2016 Chevy Volt and Nissan LEAF, both electric vehicles that can seriously cut your transportation emissions while saving you some coin on fuel. I also preview the all-new Tesla Model X, debuting at a high price point but with features that could justify its six-figure price tag.

Longer electric range, an updated interior, and the addition of a somewhat passable 5th seat in the back are the highlights here. The 2016 Volt will get 53 miles of all-electric range, 40 percent more than the previous version. Even when you run out of juice, the gasoline-electric hybrid backup engine will get you 42 mpg. This adds up to being able to drive the 2016 Volt 420 miles on a tiny 8.8 gallon gas tank and full electric charge, according to the EPA.

More range means more savings. You can save $4,250 in fuel costs over 5 years by driving the 2016 Volt compared to an average new 2015 vehicle. The EPA estimates that each year Volt drivers will spend only $600 on gas and electricity combined. What you do with those savings is up to you, but I couldn’t afford not to have this in my 10 sq ft backyard.

Chevy recently began shipping 2016 Volts to dealers in California and will begin taking orders in early October for Connecticut, Massachusetts, Maryland, Maine, New Hampshire, New Jersey, New York, Oregon, Rhode Island, and Vermont. The rest of the country will have to wait until the spring for the 2017 model.

OK, I’m sold. What’s the damage? The 2016 Volt MSRP starts at $33,170, but taking the maximum available federal tax credit of $7,500 lowers the price to $25,670. You could also live in a state that has additional state tax credits for EVs, which would bring the price of the new Volt down even further. Though it’s a bit more than other 4-door sedans, don’t forget how much you can save by driving on electricity and how electric vehicles will reduce your emissions, no matter where you plug in.

Check out the updated interior and some additional thoughts from the Detroit Free Press here. 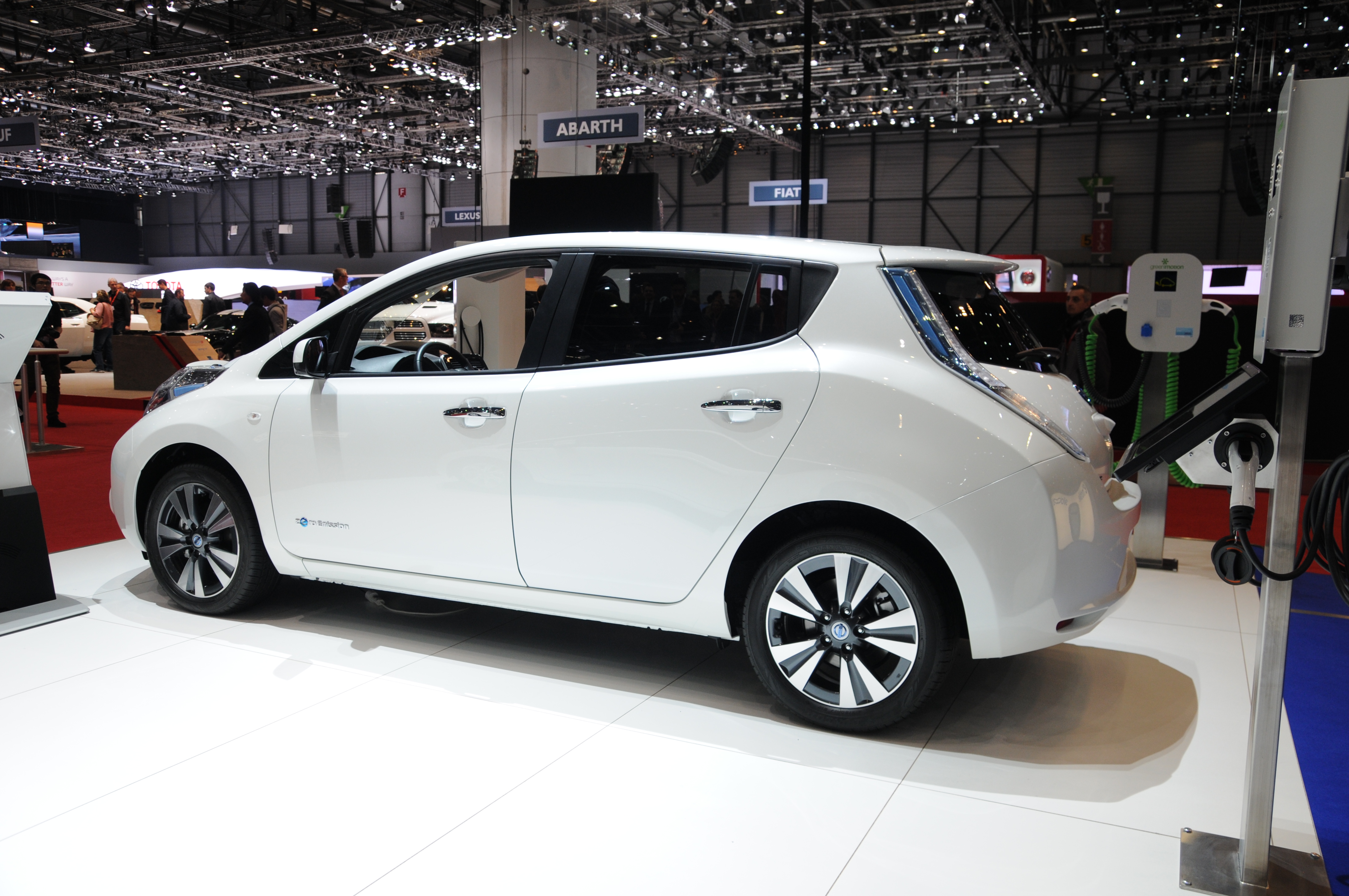 On September 10, Nissan announced a refreshed version of the LEAF, one of the bestselling EVs on the market. The 2016 LEAF gives buyers the option of a 30 kWh battery, boosting the LEAF’s EPA-estimated range to 107 tailpipe-free miles, 27 percent more than previous models. Nissan also touts the LEAFs “highly responsive, fun to drive experience,” which is probably accurate given how awesome it is to feel the instant acceleration provided by an electric motor.

Want an EV that’s relatively affordable? Take advantage of the full $7,500 tax credit and the 2016 LEAF base S model can be yours for $21,510, or even lower if you qualify for additional state incentives for EVs like the LEAF. There are also SV and SL models, which have the larger battery pack and are priced at $26,700 and $29,290 (after the federal tax credit), respectively. The higher trim models also allow remote connection to the vehicle, providing monitoring of battery state-of-charge and turning on the heating and air conditioning system prior to entering the vehicle.

Head on over to the Verge for some nice hi-res pictures of the new LEAF, which is sure to be a good fit for some of the 42 million American households that could use a plug-in vehicle today. The 2016 LEAF is expected to be available nationwide later this fall.

Fellow EV geeks are geeking out pretty hard over the Tesla Model X. 0-60 in 3.8 seconds, falcon wing, yes, falcon wing doors, massive “panoramic” windshield that makes the cabin feel like a helicopter cockpit, driving range of 257 miles, a self-proclaimed “five star” safety rating, and a bevy of electronic sensors, gizmos, gadgets that are likely a precursor to a future autonomous driving mode – all packaged in a 7-passenger crossover SUV.

Back in 2013, when the Union of Concerned Scientists calculated how many American drivers could use an EV, we disqualified anyone as a potential EV owner if they needed to carry 5 or more passengers on a daily basis. Well, we might need to do another survey because the Model X’s seating capacity of 7 may be its biggest selling point.

As a married dude in his mid-30s, many of my friends are moving toward bigger vehicles to accommodate growing families. When I recommend they try an EV as their next vehicle, they usually respond with “but I need more space for my 2 strollers, 2 car seats, 84 reusable bags, 16 cases of diapers, and unlimited mangled boxes of tissues. A four-door sedan just isn’t big enough.” Well friends, if you have around $130,000 to spend on a vehicle, the Model X could fit all your needs.

Of course, for most of us, spending $130,000 on a vehicle is as ludicrous as the optional $10,000 ludicrous mode upgrade to the Model X. But even if we can’t afford it, the release of this car illuminates an exciting path forward for transportation. Americans don’t love SUVs because we love spending thousands of dollars on gasoline each year. We love SUVs because they can make life easier. The Model X and future SUEVs (sport utility electric vehicles), will let drivers have cake and eat it too. Bigger EVs will give families the opportunity to ferry kids and run errands around town in a vehicle that can be powered by clean, renewable energy—helping cut emissions, reduce oil use, and send fuel expenditures to domestic power producers rather than multinational oil companies.