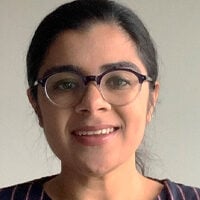 Agriculture is responsible for emitting around 11 percent of all global warming pollution in the United States—roughly the annual equivalent of 141.75 million cars. If this country is to meet its climate targets, it is imperative that public and private investments be made that will help shift the agriculture sector to climate-friendly practices that reduce heat-trapping emissions.

In September, the United States Department of Agriculture (USDA) announced $2.8 billion in funding for “climate-smart” commodities, defined as an agricultural product produced using farming, ranching, or forestry practices that reduce heat-trapping emissions or sequester carbon. These grants will support pilot projects intended to increase production of, and spur demand for, products grown in ways that have measurable climate benefits. This is a step in the right direction toward fulfilling the Biden administration’s promise to address climate change and reduce emissions from agriculture.

. . . but concrete insights are impossible because of a lack of data

Here at the Union of Concerned Scientists (UCS), my colleague Dr. Alice Reznickova and I embarked on the task of analyzing who received money from the program, how much, and for what. It was more difficult than we expected.

The biggest challenge to understanding where the USDA is investing this $2.8 billion was a lack of detailed data. The USDA publicly released a description of each project, the overall funding, targeted commodities, and key partners. However, no project details, description, or proposals were available to review that would describe the role of each partner in the project or the amount of funding each will receive. This missing information is critical for third parties to understand whether these proposals are scientifically sound and equitable.

How is the USDA defining “climate-smart”? Who knows!

Overall, the USDA funded 70 projects, with the highest funding award of between $70 million and $90 million going to 14 projects focusing on conservation, improving farmers’ access to technical and financial assistance, and adoption of climate-smart practices. The largest grants are targeted toward monocrop commodity systems, which emit the most global warming pollution, rather than diversified cropping systems.

Agribusiness and mega-corporations including ADM, Cargill, Tyson Foods, Walmart, and PepsiCo are leading and partnering in projects totaling more than $490 million. While the exact share of funding going to these corporations is unknown, many are involved as partners in multiple projects, thus increasing their overall funding. Most of their coffers already run deep, as they declare billions of dollars in profits every quarter. Should the USDA be distributing taxpayer dollars to giant corporations like Cargill, JBS, and Tyson that have been accused of price gouging, greenwashing, and other bad corporate behavior, and that already have the resources they could use—but don’t—to clean up their own messes, lower emissions, and invest in making their products climate-friendly?

Beyond who is receiving the funding, little information is available to assess the soundness of the investments. What specific climate-smart practices will these projects and partnerships employ, and is there science to support them? How will the grant recipients measure and report carbon withdrawal from the atmosphere, and is the USDA correct in asserting that more than 50 million metric tons of carbon will be sequestered by these projects? How will the large partner organizations work with the 50,000+ farms they promise to engage with, while making sure that this engagement reaches growers equitably—in particular, farms owned by Black, Indigenous, and other people of color (BIPOC)? The public needs more information about how tax dollars are being spent, especially when they are being distributed to some of the world’s largest companies, which happen to emit a lot of carbon while bringing in record profits. The lack of any published evaluation criteria makes us question whether the USDA’s standards for climate-smart projects will end up supporting the current monolithic agricultural model, which perpetuates existing inequities by leaving out smaller-scale farmers and underserved producers.

Meat and dairy will receive more funding than other commodities

Even though we were unable to calculate the exact amount going to each commodity, meat and dairy had the highest frequency of projects (displayed in the figure below). Funding allocation for each commodity was impossible to calculate because of a lack of data, but meat, dairy, and livestock were listed as a part of 55 out of 70 projects.

Educational institutions are also lead partners for various projects totaling about $530 million. It is important to note that nearly all of them are among the original so-called land grant universities created by an act of Congress in 1862 that funded agricultural colleges through land often stolen from Native communities. While there is also a system of 19 land grant universities created in 1890 to serve Black students and communities, the USDA awarded just one of its climate-smart grants to such an institution. And it gave no awards to Native-serving colleges, and tribal governments are also underrepresented in this round of funding. Despite the USDA identifying 16 projects as tribal, only one award of $7 million was directly made to a tribal government as a lead partner.

Among the grant recipients and partners are organizations that work in carbon markets, and the USDA has provided no information on whether mega-corporations will be able to trade carbon credits generated from a “climate-smart” project to meet their emissions-reduction obligations.

So, our analysis has generated more questions than answers. The lack of detailed data that break down the specific distribution and purpose of the funding prevented us from extracting usable insights and information regarding these projects. Three billion taxpayer dollars is not loose change; the USDA needs to be more transparent in how these funds are being distributed and spent.

I asked Dr. Ricardo Salvador, director of the UCS Food and Environment Program, what he thinks about all this. “Some members of the incoming Congress have criticized the USDA’s investment in climate change projects,” he told me. “They characterize this spending as lacking transparency because the funding decisions were made without congressional oversight. We do not question the secretary of agriculture’s authority to decide and to act quickly on agricultural strategies to address the climate crisis; in agriculture, lead time is critical to plan for annual growing cycles.

“However, we do have major questions about funding that appears to further entrench the industrial monocropping system that is responsible for the majority of agriculture’s greenhouse gas emissions. We would like to know more about the science behind the claims that these investments will produce the specific, apparently quantified, climate benefits that the USDA has publicized. And we would like to better understand its criteria for selecting the lead organizations for initiatives that by definition should be led by innovators, not incumbents, in the climate change arena.”

A second round of funding is expected to be announced later this fall and the USDA will be focusing on funding underserved producers and activities developed at minority-serving institutions. It should be more equitable in distributing funds in this second round and have more funding available for underserved producers (focusing on specialty crops, tribal producers, and minority-serving institutions). Moreover, we are asking the USDA to release detailed project information to help third parties develop an understanding of the funded projects’ scale, nature, and feasibility.

The threat posed by climate change to food systems and the need for solutions that offset emissions require more than these “climate-smart” grants—we need sustained public investment through engines like the upcoming farm bill and annual appropriations. UCS continues to advocate for strengthening existing programs that adopt science-based approaches implemented through whole-farming systems.