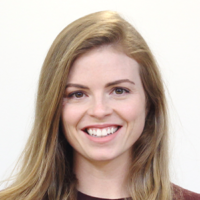 The oil industry has undertaken a concerted effort to discredit and delay electric vehicle (EV) adoption in Minnesota, and the state’s Public Utilities Commission has become a key venue for the fight over the future of utility EV programs and EV adoption generally. At the Commission, groups of oil-interested parties have been exercising all avenues open to them to work against EVs. Those groups have submitted comments, filed petitions for stay and reconsideration of approved programs, and—the most advanced step so far—are taking the Commission to court.

One such group operates under the name Xcel Large Industrial Customers (XLI). Although XLI has been around since at least 2006 as a coalition to represent a variety of—you guessed it—large industrial customers in Xcel Energy’s Minnesota service territory, the group’s membership for the purposes of current EV dockets at the Minnesota Commission is distinctly oil-interested.

The exact membership varies slightly depending on which stage of which proceeding you look at. The most serious XLI members on the EV dockets, as judged by these members’ participation in a current legal appeal of commission-approved Xcel programs, include:

To be clear, XLI’s legal and policy arguments against utility ownership on the customer side of the electricity meter have no basis in law, regulation, or administrative practice. For more on that, check out the Answer to XLI’s Petition for Reconsideration that UCS and our allies filed with the Commission.

Done the right way, more EVs and more EV charging will put downward pressure on electricity rates for all customers—yes, even for people who do not drive EVs.

Why oppose EV programs that are good for all ratepayers?

If utility programs, like Xcel’s, aim to put downward pressure on all electricity rates—including rates for industrial customers—then why fight against those programs? The only reason I can deduce, based on the oil-interested members of XLI participating in EV dockets and the context of oil industry opposition to EVs on other regulatory and policy fronts, is that XLI is trying to stall EV deployment and keep Minnesotans hooked on fossil fuels.

The outcome of these battles over utility EV programs will affect the timing and efficacy of programs in Minnesota and could affect programs in other states, too. Delays in program implementation due to XLI’s actions are beginning to stack up. In the best case, the legal appeals would add more delays, and at worst, the appeals could seriously undermine the role utilities like Xcel can play to advance EVs. The Minnesota Commission has become a key battle front for oil industry attacks on EV programs—one that UCS and its allies will continue to defend.

Of course, the oil industry effort is not limited to Minnesota or public utilities commissions, and we will continue to defend against attacks in other states and in other government agencies, too.