So… How Does Science Make You Feel?

The “just the facts” approach doesn’t always get the job done when it comes to communicating science. But not every scientist is comfortable talking about their values and beliefs when presenting their work to the public. One technique they can use is to flip the script and ask audiences to talk about their values, instead.

Take evolution, for instance. It can bring up complex feelings, even for those of us who wholeheartedly accept the science. Knowing that other primates are our cousins — and that we’re more distantly related to bacteria, starfish, and all life on Earth — is a startling revelation because it makes us question what we define as special about being human.

Fox’s Carl-Sagan-inspired Cosmos reboot tackled this subject head-on last week when Neil DeGrasse Tyson asked viewers to consider why we sometimes feel slightly embarrassed about our chimpanzee cousins, just as we would some of our own blood relatives. About 16 minutes into the series’ second episode, Tyson acknowledged that feeling when he said, “There’s an understandable human need to distance ourselves from them.”

Then he asks, “But what about our kinship with the trees? How does that make you feel?” 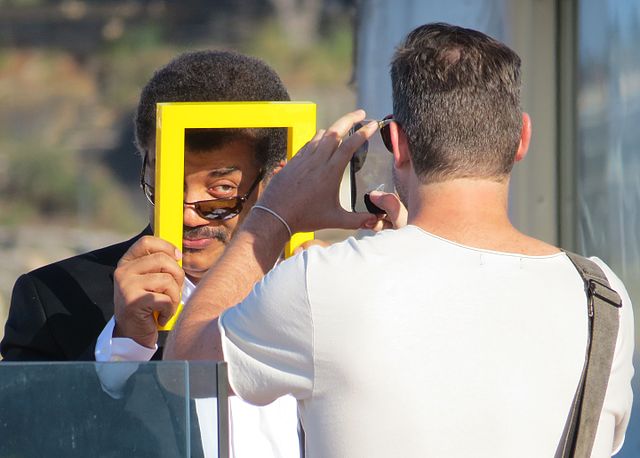 The question doesn’t judge the audience for accepting or rejecting science. It doesn’t tell people what to think. Instead, the question invites people to consider how we integrate science into our view of the world, along with our beliefs, attitudes, values and, yes, feelings.

So much science, so many feels

Last year, I had the pleasure of meeting Jeffery Kiehl, an atmospheric scientist who also holds a degree in psychology. He told me that when he gives presentations about climate change, he pauses and asks the audience: ‘So…how does this make you feel?’

He said this opens up a conversation that normally doesn’t happen during pure science presentations. Instead of delivering a PowerPoint lecture and taking a few questions, Kiehl leads his audience in conversation: Are people worried about rising seas? Do they feel guilty about their electricity use? Are they angry at fossil fuel companies? What changes have they noticed where they live? What, if anything, do they think we should do about climate change locally or nationally?

The question takes climate science out of the politicized “accept it or reject it” box and instead helps people integrate scientific evidence into their thinking about the world around them.

Similarly, some people’s fears about vaccinating their children are rooted in feelings about the pharmaceutical industry, mandatory vaccinations, and their perception of whether or not their peers are also vaccinating. It might not be a bad idea at all for a pediatrician to ask a hesitant parent how they feel about vaccinations before discussing the potential risks that come with skipping them.

Scientists as partners in democratic dialogues

Asking audiences how scientific evidence makes them feel gets at people’s personal values, which is territory scientists usually avoid. And that’s why it’s so powerful. It can help scientists connect with people on a deeper level.

There’s some evidence that people view scientists as highly competent, but not very warm or sympathetic. In reality, most scientists do care very much about their communities. Asking audiences questions about their beliefs and feelings can help people see science for what it is: an incredibly useful tool that we can integrate into our thinking about the world around us, even if we approach scientific topics with divergent values and feelings. It can also appropriately cast scientists as partners in a democratic dialogue rather than ivory tower elites.

At the same time, when scientists understand the values through which audiences’ are interpreting their work, they can do a much better job communicating with them. And what better way to learn about your audiences values than to ask?

So…how does that make you feel?