Don’t Mix Politics and Public Protections: Delays Harm Us All

For years, UCS has been making the case that science should inform the work of federal agencies, and that agency policies and rules should not be subject to political and corporate interference. When President George W. Bush was in office, the extent of that interference was quite blatant. John Graham, then head of the Office of Information and Regulatory Affairs (OIRA), an obscure but powerful office within the Office of Management and Budget, did all he could to displace science and permit corporate pressure on the rulemaking process.

UCS, through its scientific integrity program, was in the front lines, calling attention to the damage this small executive agency was doing, and gave agency scientists an outlet for expressing their concerns.

During Graham’s tenure and at his invitation, corporate special interests came up with a list of 76 regulatory safeguards that should be diluted or cut altogether. Graham tried to influence the way agency scientists peer review their work and do risk assessments. Graham also hired a few scientists to second-guess the thousands of dedicated scientific experts at federal agencies. OIRA challenged the EPA’s standards for ozone and formaldehyde pollution from plywood plants.

A Bush Executive Order further strengthened the White House’s reach into agencies by making political appointees, not civil servants, the final arbiters of agency rules. As the New York Times reported in 2007, the new Bush policy “strengthens the hand of the White House in shaping rules that have, in the past, often been generated by civil servants and scientific experts.”

To his credit, President Obama repealed that particular Bush Executive Order. But that doesn’t mean that the current Administration is letting agencies do their work, free from political interference. A recent report commissioned by the Administrative Conference of the United States (ACUS) raises troubling questions about the ways politics can stymie crucially needed public protections. 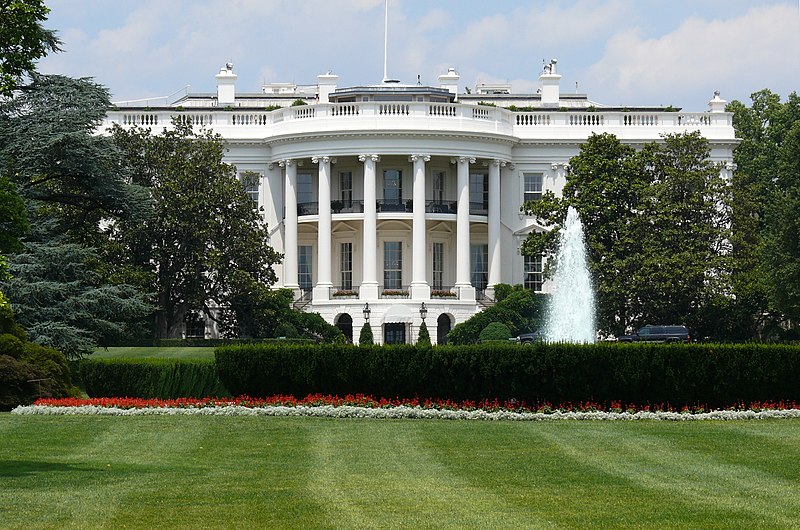 The White House should not be interfering in the rulemaking process. Photo: Ad Meskens

The report, the subject of a front-page Washington Post story on Dec. 15, documents that agency regulations were held up at OIRA in 2012, a presidential election year. Agency officials, speaking anonymously, said that the delays to important environmental and public health and safety rules were motivated by fears of stirring up controversy before the election.  Sometimes OIRA asked agencies to hold off sending a proposed rule to them for review. At other times, it appears OIRA spent months, if not years, evaluating an agency regulation.

A proposed rule to reduce sulfur pollution in gasoline reportedly could have been sent to OIRA for review in 2011, but agency officials told The Post that they had been advised to wait a year before sending the proposed rule to OIRA. It was not submitted until March 2013.  A rule to prevent thousands of deaths from exposure to silica dust in the workplace already had been delayed for years before it was finally sent to OIRA in February 2011. But it did not clear OIRA until September 2013 and won’t be final until 2016.

To his credit, Howard Shelanski, the new director of OIRA, is committed to a faster review process.  And the ACUS report shows that review times have, indeed, been getting shorter.

But there is a more fundamental problem.  Simply put: OIRA still has way too much power over federal agencies. OIRA should be a coordinator, so that when one agency is about to propose a rule, other agencies that might be affected should be informed and have the opportunity to comment. But OIRA should not be a gatekeeper.  It should not micromanage the agency rulemaking process, or second-guess agency science. OIRA reports on the costs and benefits of regulations, but it should not allow cost-benefit analysis to block regulations that serve the public good in ways that will not be entirely quantifiable. And OIRA should follow its own rules, which give the agency 90 days to review a regulation.

Bad policies have consequences. In 2007 Congress mandated that new cars be equipped with rear-view technology to avoid killing small children not easily seen in rear-view mirrors. After years of study by the National Highway Traffic Safety Administration (NHTSA) the rule was sent to OIRA for review. It stayed at OIRA for well over a year, and then NHTSA withdrew it.

The new equipment would have added several hundred dollars to the cost of a new car, but would have spared parents the agony of accidentally killing or injuring their own children. Doing a strict cost-benefit analysis monetizes the cost of a child’s death, but it can’t entirely measure the long-term emotional damage to a family, and the loss of productivity that such a devastating event would have for parents. NHTSA’s scientists and experts did try to factor in these intangibles, and concluded the rule was worth it.

Because so much of what happens between OIRA and the agencies is done in secret, the public doesn’t know the reason for the delay, or the reason for the agency’s decision to withdraw the rule. Did OIRA’s economists challenge NHTSA’s conclusions?  Did the auto industry warn OIRA that the rule would harm their bottom line?

President Obama needs to weigh in and ensure that the Office of Information and Regulatory is working for the public interest, not special interests. Photo courtesy of The White House

If OIRA truly was the agency that tried to improve rules, why does OIRA seldom ask an agency to strengthen rather than weaken a rule?  Perhaps it is because OIRA is the forum that corporations use to inveigh against regulation. Yes, the public also can present its case to OIRA. But last time I checked, the average American family does not have the time or the legal expertise to make its case for public protections. They are outspent and out-resourced by moneyed special interests.

To take politics totally out of the rulemaking process will be difficult.  But we can make a start. At the urging of UCS, the Administrative Conference, which advises Congress on legislative issues, stated that at the very least OIRA ought to let the public know why a rule is delayed for longer than six months. ACUS also made clear its view that agencies, not OIRA, should determine when a regulation is ready for review.

But the public will not get the protections they deserve until the president weighs in. The White House must make its priorities clear. Agencies must fulfill their missions to protect public health, safety and the environment.  They must not fear political and corporate interference when they enact protective rules. And OIRA must not block or delay these protective science-informed rules as they make their way through the regulatory process.