On August 12, 2017, our organization, the Little Village Environmental Justice Organization (LVEJO), held a gathering at La Villita Park in the Little Village neighborhood to celebrate the five-year anniversary of the closing of the Crawford and Fisk coal plants in Chicago. With community members and youth leaders in attendance, it was a special opportunity for LVEJO to remind everyone of the many years of community organizing and coalition building that took place, and to thank long-time friends and allies from neighboring Pilsen, who were pivotal to the campaign.

The commemoration was a sweet time, but it was also a reminder for us that five years later Little Village continues to face serious environmental justice challenges, including an uphill battle to redevelop the Crawford plant. Indeed, the community is vulnerable to increased diesel emissions and many are concerned about gentrification and displacement. Despite these threats, La Villita leaders continue to fight for a healthier community and to hold those with power to principles of equitable community development.

As we say at LVEJO, la lucha no se acaba—the struggle doesn’t end!

A just transition of the Crawford site

Five years later, the Crawford coal plant continues to be an unwelcoming site in Little Village. Unlike many other coal-dependent communities, however, Little Village was not devastated economically by the closure of the coal plant and the loss of jobs. In fact, Crawford hired few workers from Little Village. Still, knowing that Crawford harmed the community’s health for so long and excluded the local workforce from good paying jobs, LVEJO is committed to seeing through a just transition of the site.

A just transition of the former coal plant means for us that community members are deeply involved in the redevelopment process, and that the site eventually becomes a catalyst of improved health, job access, and other economic activities that benefit long-time residents. Sitting on 72 acres of land, we believe there is a significant opportunity to transform the site into a campus that meets multiple needs identified by the community, and is a source of pride.

We have heard loud and clear that our community wants more green space, workforce training opportunities, urban agriculture, and culturally relevant small businesses like Los Mangos. It may seem like an unattainable dream—and there are certainly many obstacles—but with deep community support we truly believe that the just transition of Crawford is possible.

We understand that the redevelopment of an old coal plant takes many years and is not easy. Unfortunately, since the closure of Crawford, LVEJO has learned about newly proposed projects and land-use plans that threaten to undermine the gains in air quality that we fought so hard for.

As Little Village is centrally located in Chicago and is in close proximity to major transportation arteries, city planners have designated Little Village as an area for new transportation and logistics centers. Without considering the health impact of diesel emissions to the surrounding community, city planners and local alderman are re-zoning industrial spaces, approving redevelopment projects, and leading land-use plans that neglect to incorporate environmental justice.

Instead of building upon the strengths and strong track record of environmentalism in the community, decision makers are threatening to make Little Village a sacrifice zone once again. An important example is the Unilever Expansion Project.

But these jobs come at a cost. Today, current zoning laws allow a major industrial factory like Unilever to expand right next to an elementary school of over 1,000 children and countless families. Every day, over 100 diesel trucks flow in and out of this area. Based on Unilever’s own traffic study, there will be an increase of up to 500 diesel trucks per day flowing in and out of the neighborhood.

Diesel engine trucks produce a lot of fine-particle pollutants that have been linked to asthma, respiratory disease, and overall damage to lung tissues. The additional diesel fumes will create health hazards, and increase the incidence of asthma and airborne related illnesses. Children are especially vulnerable. Due to these health concerns, LVEJO has launched a campaign to educate community members on the risks diesel poses, and to hold companies and decision makers accountable (see this and this).

The failure of city planners and local officials to leverage the closure of the Crawford plant to redevelop the community in line with our needs has not stopped our efforts to organize and advocate for a new economy free of fossil fuels. Undaunted, LVEJO continues to fight for energy democracy and vehemently opposes false solutions to climate change.

LVEJO was vital to creating the Future Energy Jobs Act (FEJA) in Illinois that passed in December 2016 and had broad coalition and community support. Critically, LVEJO’s leadership on FEJA prioritized health and economic justice opportunities, including access to job training and clean energy jobs in low-income communities—a high priority to all community leaders. FEJA includes $33.25 million in annual spending on low-income energy efficiency programs, triple current spending levels on such programs in the state of Illinois.

This, coupled with millions of dollars committed to increases in bill assistance, will save money for families struggling to pay their energy bills. LVEJO participated as a lead architect of critical policies in the legislation related to serving low-income communities, including the new Illinois Solar for All—a nation-leading, low-income solar program with targeted goals for solar access in environmental justice communities funded at over $400 million.

The program is paired with a job training pipeline that will target recruitment in these same communities, with additional incentives to hire 2,000 individuals with criminal records and alumni of the foster care system.

With the passage of the Future Energy Jobs Act, low-income communities and communities of color, such as Little Village, will have significant opportunities to benefit from the resources committed to building a clean energy economy in the state.

Kim Wasserman of LVEJO and Jerry Lucero of Pilsen Environmental Rights and Reform Organization (PERRO) celebrate the 5 year anniversary of the closure of the Fisk and Crawford plants in Pilsen and Little Village. Crawford is in the background. Photo: Antonio Lopez

In addition to ensuring that FEJA programs reach low-income and frontline communities, the just transition of the Crawford coal plant is a major goal of the Little Village Environmental Justice Organization. We believe the equitable redevelopment of the Crawford site can stand out as a model for other environmental justice communities working on just transition initiatives.

Indeed, across the Midwest environmental justice communities are leading the fight to close coal plants, incinerators, and other polluting factories. Community-led redevelopment of the Crawford plant would not only profoundly benefit Little Village, but also stand as a powerful symbol of environmental justice.

Dr. Antonio Lopez holds a doctorate in Borderlands History from the University of Texas at El Paso and has written extensively on anti-poverty and anti-racist social movements in Chicago. He currently serves as a senior advisor to the Little Village Environmental Justice Organization. This blog was coauthored with Executive Director Kim Wasserman and Policy Director Juliana Pino of the Little Village Environmental Justice Organization (LVEJO). 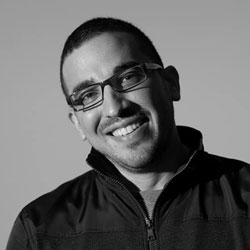