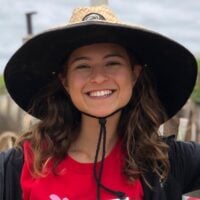 A transition to 100% clean energy is an urgent priority worldwide to mitigate the worst impacts of climate change and preserve a livable planet. Solar power is jetting us towards that goal.

By 2010, the US had installed 2.6 gigawatts (GW) of solar power, enough power to provide electricity for one third of the households in Los Angeles. Since then, the price of electricity from solar panels (photovoltaic, or PV, modules) dropped 85%, and today the US boasts more than 126 GW of installed capacity, enough to power all the households in California and Texas.

The growth in solar power has been exponential in the past decade and isn’t stopping. The US solar industry aims to supply 30% of US energy generation by 2030.

But manufacturing the solar panels necessary for such a huge increase in solar power production will require a surge in the mining of raw materials. There are myriad problems that exist with the mining of silicon, silver, aluminum, and copper needed to make solar panels. Can governments and companies ensure that workers in the solar supply chain benefit from safe, just, and well-compensated livelihoods—and that the communities most affected are involved as active collaborators, treated with respect and dignity? This post looks at the concerns in the supply chain for solar panels as well as solutions the industry must move towards if solar power is to expand responsibly and sustainably.

(To understand how those raw materials are put together into electricity-producing panels, check out my previous post How Are Solar Panels Made.)

Reports indicate that some Xinjiang polysilicon plants have employed forced labor of Uyghurs, an intensely persecuted Muslim ethnic minority. In June 2021, a US Withhold Release Order prevented imports containing silicon from Hoshine Silicon Industry Co. Ltd and its subsidiaries from entering the US until importing companies could prove they were not made with forced labor. The December 2021 Uyghur Forced Labor Prevention Act expanded the mandate that all US companies importing silicon from Xinjiang confirm supply chains free of forced labor.

Ten percent of the world’s silver is used for solar panels today, and that brings its own share of problems to the supply chain. By 2050, in a 100% renewable energy scenario that assumes current solar technology and current recycling rates, solar power’s demand for silver could be more than 50% of world reserves.

Silver mining, based mainly in Mexico, China, Peru, Chile, Australia, Russia, and Poland, can sometimes cause heavy metal contamination and community displacement. In Guatemala, the Indigenous Xinka community collected more than 85,000 signatures calling on Pan American Silver to avoid restarting its dormant operations due to water contamination, failure to justly consult the community, and potential involvement in threats directed at nonviolent protesters. In La Libertad, Peru, a 17-year-old mine stopped operating in 2012 after five emergency declarations of high levels of metal contamination in the Moche River.

While silicon and silver are the materials for which solar represents a substantial slice of the market, it’s critical to ensure sustainable, ethical sourcing of the other materials, even if only a fraction of global usage. For example, solar panels use a small amount of aluminum, which is sourced from bauxite found near the Earth’s surface. Mining it requires lots of land, often encroaching on Indigenous land, as in Australia, where 28% of the world’s bauxite is produced, and smallholder farmland, as in Guinea, where 22% of it is produced. China produces 22% of the world’s bauxite, and processes 56% of global bauxite into aluminum via a very energy-intensive process.

Copper has similar land use challenges as aluminum. According to United States Geological Survey, 27% of copper production occurs in Chile, 10% in Peru, 8% in China, and 8% in the Democratic Republic of Congo. In a 100% renewable energy by 2050 scenario, copper demand for solar projects may almost triple, according to the International Energy Agency (IEA).

The Institute for Human Rights and Business reports that of the top 300 undeveloped copper ore reserves in the world, 47% are located on or in Indigenous lands, 65% are in high water risk areas, and 65% are in or near biodiversity conservation areas.

The manufacturing process spans the globe

There are three parts of a solar panel that need to be manufactured: the silicon wafer, the solar cell, and the photovoltaic module. Very little of this is manufactured domestically, representing big opportunities for new and pioneering US innovation.

The wafer is the thin metal slice that is turned into a solar cell, and 97% of them are produced in China. A decade ago, the US was producing enough silicon wafers to supply 80% of domestic demand. As of February 2022, there was no domestic production of wafers due to far lower prices abroad and Chinese tariffs, but a few US sites have announced plans to come online in the next several years.

Boron and phosphorous are added to wafers during the manufacturing process. The wafers are then wired with silver, which turns them into solar cells capable of transforming captured sunlight into electricity. While the first US crystalline silicon solar cell plants have announced plans to open in the next few years, no cells are produced in the US today; most are made in South Korea, Malaysia, China, and Vietnam.

A solar PV panel or “module” is made by assembling an array of solar cells, ranging from 36 to 144 cells, on top of a strong plastic polymer back sheet with a sheet of tempered glass added on top. More than three-quarters of PV modules are made in China. It currently costs 30-40% more to manufacture a solar panel in the US. There are about 20 US-owned, US-based solar module and shingle manufacturers, with 10 based in California, and others based in New York, Ohio, Texas, Indiana, New Jersey, and Arizona.

As described above, there are many challenges associated with the materials mining and manufacturing processes needed to make solar panels. But effective policy and technology solutions can ensure that we continue to increase solar power supply and move towards responsible, sustainable solar supply chains.

Here are four strategies (among many others) that governments and industry can employ to reduce the environmental, social, and energy challenges of solar panel production.

And what happens at a solar panel’s end-of-life? Today, we’re installing 50-60 million panels per year, which will generate a million metric tons of solar panel waste when the panels retire. By 2030, experts estimate we could be installing over 350 million panels per year. This is huge, climate-saving news for accelerating the clean energy transition. It also raises the stakes for ensuring sustainable materials sourcing and end-of-life management. Where will the panels go 20-30 years later when they reach the end of their lifespan? Are there opportunities to achieve a circular solar panel supply chain?

Want to learn more about how solar panels are made? What does the solar panel repair and reuse industry look like today? How can we recycle solar panel materials and create a lower-waste circular supply chain? Click the links for answers:

How Are Solar Panels Made?

Solar Panels Should Be Reused and Recycled. Here’s How.