A new report from the National Academies’ National Research Council (NRC) was released this morning. The overarching message of the report reiterates what we have said repeatedly:  Automakers are well on their way to meeting 2025 standards, and they will do so primarily with efficient conventional vehicles.

This report follows up on a 2011 study that helped inform EPA and NHTSA’s analysis leading up to the 2012-2016 and 2017-2025 regulations. However, while that first report only looked out to 2015, this latest report now looks out to 2025 and beyond and is certainly an important input into a mid-term review of the standards. While at the National Academies, I actually worked with this committee in its early stages, so I was especially curious to read its final report: What is new since that first study?

The agencies did a lot of really excellent work

The biggest takeaway I had when reading through the report is that all of the agencies’ hard work in establishing these critical fuel economy and global warming emissions standards clearly paid off in the minds of the committee, even drawing compliments:

“The committee found the analysis conducted by NHTSA and EPA in their development of the 2017-2025 standards to be thorough and of high caliber on the whole.  In particular, the committee notes that the use of full vehicle simulation modeling in combination with lumped parameter modeling has improved the Agencies’ estimation of fuel economy impacts. Increased vehicle testing has also provided input and calibration data for these models. Similarly, the use of tear-down studies has improved the Agencies’ estimates of costs.” (p. S-2)

The committee largely concurred with the agencies’ costs and effectiveness values, especially when it comes to conventional gasoline vehicles, which will continue to be the dominant powertrain out to 2025 (and probably many more years to come). While the NRC committee did not assess the total costs of the regulation, the fact that the agencies got all of the underlying costs and effectiveness generally correct strongly suggests that the costs of compliance are generally accurate as well, and their example calculation of costs for a midsize car to meet 2025 standards aligns well with the agencies’ projections and is significantly lower than industry projections.

In addition to the technology costs, the committee also recognized that the way the standard is constructed can help manufacturers comply via low-cost pathways: “Flexibilities contained within the standards in the form of air conditioning efficiency credits and off-cycle credits can reduce compliance costs.” (S-3) This assessment of the costs, effectiveness, and structure of the regulation bodes well for maintaining a strong standard as the agencies evaluate whether changes should be made to the standards via the “mid-term evaluation”, or “mid-term review”.

The other major point that jumped out at me was the number of new technology pathways the committee identified. Automakers are investing in fuel consumption reduction technologies in response to the standards, and that investment is leading to innovations that the agencies hadn’t anticipated.

For example, in the case of transmissions, the agencies thought that dual-clutch transmissions (DCTs) would be the lowest-cost compliance strategy to increase the effectiveness of transmissions; however, while the committee agreed that DCTs are extremely effective and are used heavily in Europe, manufacturers are finding that the American market is more sensitive to some of their driving characteristics and instead are turning to high-efficiency gearboxes with higher-gear (9/10-gear) transmissions or continuously-variable transmissions. These technologies can both achieve similar levels of improvement to the agencies’ DCTs and at a similar cost. 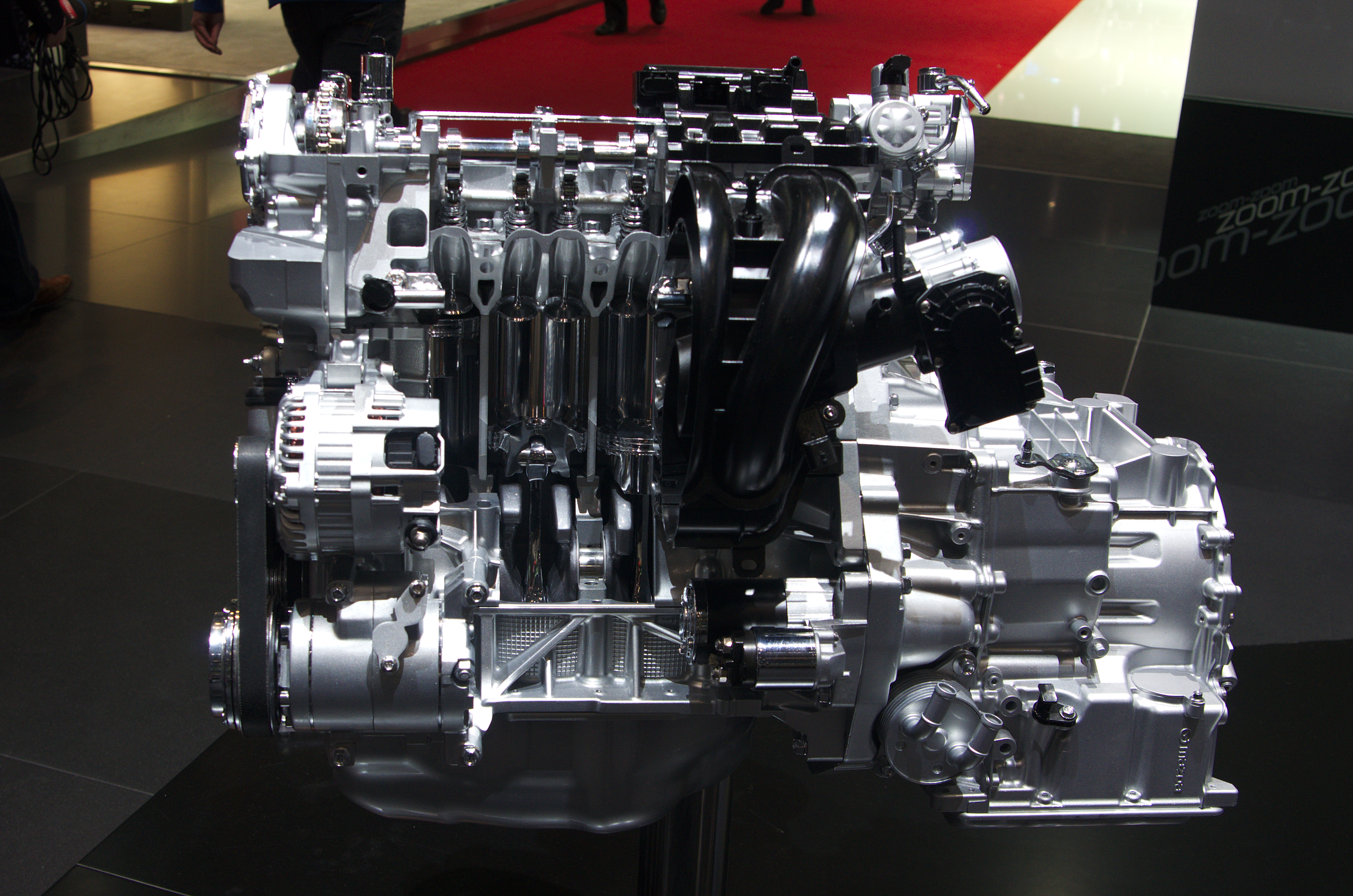 Mazda’s SkyActiv-G series of gasoline engines is an example of one manufacturer’s strategy to save fuel that the agencies had not anticipated: direct injection with a high compression-ratio. This strategy is yet another example of how manufacturers are responding to both regulations and consumers by finding innovative ways to save fuel.

Another example that the committee points to is high-compression, direct-injection engines like Mazda’s SkyActiv-G. The agency had assumed that manufacturers would turn to turbocharged, downsized engines as the primary way to reduce fuel consumption from an engine; many like Ford are doing exactly that. However, Mazda’s SkyActiv package can offer similarly cost-effective performance. Other innovative strategies like Eaton’s novel integrated start-stop/supercharger or Mercedes’ lean-burn direct-injection again offer new pathways for conventional vehicles that the committee identified and the agencies had not considered in the regulation. Even after highlighting these examples, the NRC report acknowledged its own limitations:

The fact that there are technologies on the market that the agencies had not considered is not a bug, but a feature of the regulation. These standards incentivize manufacturers to improve fuel economy, but it is up to the automakers and suppliers to find the most cost-effective strategy to do so for their customers. The fact that new products are coming to the market that were not anticipated by regulators shows that these standards are pushing manufacturers to innovate and get the most fuel savings for consumers, which is great news.

This study helps to show how much progress has been made in the market and how automakers are on a path and have the technology available to meet the agencies’ standards. It is largely in agreement with what the agencies have done so far, but it also points out some specific areas of improvement, particularly on technologies that the agencies may not have anticipated as playing as strong a role in manufacturers’ product plans.

But the gist of the report to me is this:  The agencies got it right. We are looking at a future where manufacturers are employing a diverse assortment of cost-effective strategies to help reduce fuel consumption and global warming emissions from the light-duty fleet. These vehicles are safe and are saving consumers money, and the future beyond 2025 is ripe with even more opportunity to clean up our passenger fleet.