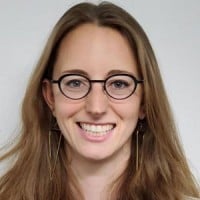 The 27th Conference of the Parties (COP27), this year’s UN climate conference, is in its final days. While negotiators work behind closed doors and civil society advocates raise their voices in the halls and courtyards, there has been a flood of disinformation online that has distorted how the outside world sees the conference. Seeing lies pop up on Twitter and even in news articles is frustrating enough for those of us who are here in person. For folks following news coverage and social media chatter from home, it can be even harder to separate fact from fiction.

Here are five key facts that can help explain this complex landscape. (For a deeper dive on what’s really going on here in Egypt, check out the Climate Action Against Disinformation’s website.)

1. A small number of big corporations are responsible for the climate crisis

Union of Concerned Scientists’ (UCS) research shows that top fossil fuel producers’ emissions are responsible for as much as half of global surface temperature increase. This is not news, but it’s worth repeating. Five years ago, researchers calculated how much of the global temperature increase can be attributed to specific sources. Their study examined the carbon dioxide and methane emissions from these companies’ products, as well as from the extraction and production processes of the largest gas, oil and coal producers and cement manufacturers.

Updated analysis from 2020 shows that emissions traced to the 88 largest carbon producers contributed approximately 60 percent of the observed rise in atmospheric carbon dioxide and 52 percent of the rise in global average temperatures between 1880 and 2015.

Data on the major carbon producers’ emissions have been published since 2014. The database is transparent and available for all to see.

It’s important for everyone to act responsibly to reduce global warming emissions, but we know where the bulk of them come from. When thinking about global emissions, don’t picture an individual—point your finger at powerful corporations, specifically the 88 companies that are largely responsible for climate change.

Don‘t get distracted by the fossil fuel industry’s clever attempts to keep selling their products, or their promises of hypothetical advances that serve as an excuse to continue business as usual. Climate change is overwhelmingly caused by burning fossil fuels, and the most immediate path to avert climate disaster is to stop investing in those fuels and start powering our economy with an equitable transition to renewable energy. The transition to 100-percent renewables is possible. It can, and must, start now to meet the 2015 Paris Agreement goal of limiting global warming to 1.5 degrees Celsius compared to pre-industrial levels.

Earlier this year, UCS experts worked with community groups to produce a report, On the Road to 100 Percent Renewables, which shows that two dozen states can reliably meet 100 percent of their electricity needs with renewable energy. This shift will require comprehensive energy policies to ensure the transition is equitable, but it can start to happen today.

The study focused on the member states of the United States Climate Alliance, a bipartisan coalition committed to the goals of the Paris Agreement. The report found that these states can meet all of their electricity consumption with renewables by 2035, even with a significant increase in demand due to the electrification of transportation and heating. Such a transition would have major benefits for public health, climate, local economies and energy affordability. (You can learn more about this work here.)

Renewables are a readily available solution. A number of nations at COP27, including Estonia, Guinea Bissau, Kenya and Tanzania, recognize this fact and have pledged to move to 100-percent renewable energy.

3. The same solutions will fix the energy crisis and the climate crisis

There is a very real energy crisis in some regions of the world right now, where hundreds of millions of people lack access to electricity and are at the mercy of volatile fossil fuel prices. Nations can address both of these issues at the same time by accelerating a just transition to renewables.

Pitting climate and energy against each other is an insidious lie. As my colleague Kathy Mulvey brilliantly put it, “Climate action is the solution, not the problem.”

The oil and gas industry has exploited the current energy crisis to lobby against ambitious climate action, demand regulatory rollbacks, and foment discord at the COP27 negotiations. UCS Senior Energy Analyst Julie McNamara addressed the industry’s ruse in a recent blog post: “Given the fallacy of the fossil fuel solution, our policymakers should stop hyper-focusing on fossil fuel production and instead take a full-field view of near- and long-term needs and opportunities, both at home and abroad. If they do, they will see the only truly robust forward course is the one that puts the accelerated transition to clean energy at its center.

“The clean energy transition won’t happen overnight,” she continued, “but neither will a fossil fuel build-out on the scale fossil fuel interests are claiming they need—and only one of these approaches will actually invest in our future.”

The current carbon-based energy system has serious downsides. They obviously include climate change, but it also include health impacts from air pollution and water pollution. Extracting fossil fuels ruins ecosystems, notably those that indigenous communities around the world depend on. The profits from the carbon-based economy are concentrated among a few companies, while the damage harms marginalized people in the United States and around the world. Doubling down on carbon-based energy policies will escalate, not solve, the climate crisis.

4. Be wary of the hydrogen hype

Industry lobbyists at COP27 have been touting hydrogen as the answer, but it’s hardly the solution they promise. For hydrogen to play a role in decarbonization, the fuel itself must be generated through a process that is carbon-free.

In a previous blog, McNamara did a wonderful job detailing the facts about hydrogen. A few critical points puncture the industry’s empty rhetoric:

Finally, as one attendee pointed out during a meeting here at COP27, many rural and remote communities do not have current infrastructure to support any gas. Building a hydrogen-based economy would require starting from scratch for these communities. Why not just start with renewables?

5. The 1.5 degrees goal is threatened by political inaction

The scientists who wrote the UN Intergovernmental Panel on Climate Change’s (IPCC) Sixth Assessment Report earlier this year warned that governments must act quickly to keep the 1.5 degree C target within reach. The technology to keep the planet under 1.5 degrees C is scientifically possible; the reason the world might blow past it is political.

Dr. Rachel Cleetus, policy director and lead economist for UCS’s Climate and Energy Program, clearly laid it out earlier this year: “This latest IPCC report puts policymakers on notice, yet again, that the current global trajectory of heat-trapping emissions is alarmingly off-track. Their continued inaction is directly responsible for the climate crisis already here, and it has also placed the goals of the Paris Agreement at grave risk. The solutions are obvious and have been for a long time—the world needs to rapidly phase out fossil fuels and accelerate the shift to clean energy. Richer nations, including the United States, bear significant responsibility for action because of their outsize contribution to global warming emissions.”

The science is overwhelmingly and frighteningly unambiguous: The window for reducing global warming emissions is closing, but there is still hope if nations act now. The policymakers that need to act are here in Sharm el-Sheikh, Egypt, right now, and the opportunity to make a difference is in their hands. Further delay is not an option.

Disinformation is steering us toward disaster

Disinformation is one of the biggest obstacles to climate action. A new survey shows that public opinion in Australia, Brazil, Germany, India, the United Kingdom and the United States has been influenced by climate disinformation. The survey found that 55 to 85 percent of poll respondents believed at least one of the false statements about climate change presented in the survey.

People around the world want climate action, but the effort to solve the crisis is being undermined by disinformation. The lies, distractions and delays promoted by fossil fuel producers and their political allies aren’t just factually wrong, they’re putting the future of the entire planet in danger.