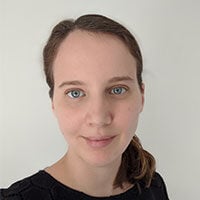 On his first day in office, President Biden vowed to “take action — not just to reverse the gravest
damages of the Trump administration — but also to start moving our country forward.” But it appears that at least one part of the previous administration’s legacy will survive intact: the ever-climbing line of defense spending. In his first budget request, Biden asked for $753 billion in defense spending, $13 billion more than what the Trump administration received last year.

Marching in lockstep with Trump on defense spending isn’t just a failure to move forward. It’s a huge step backwards.

President Biden should follow the lead of the Obama administration instead of accepting the Trump administration’s excessive defense spending as the new normal. At the end of his final term, Obama requested $625 billion dollars for defense. Biden’s request of $753 billion dollars represents an increase of over 20 percent just four years later. To put that number into perspective, today’s bloated defense budget is higher than it was at any point during the Cold War. And without timely intervention, the problem will only get worse. Over the next few decades, the Pentagon is planning to spend an additional $1.2 trillion dollars to rebuild every missile, every bomber, every submarine, and every warhead in the US nuclear arsenal.

A recent letter from 50 members of Congress urged the Biden administration to adopt a 10% cut to the defense budget. This would bring Pentagon spending back in line with levels under the Obama administration and allow the United States to invest in other priorities while still spending more on defense than the next eight countries put together – half of which are close US allies. These lawmakers are not asking for less security. They are asking for more security: security from public health crises, global warming, racial inequity, gun violence and poverty. Now more than ever, it is clear that the spending priorities of the past have been deeply misguided about what threats people face. The government’s collective neglect of public health and pandemic preparedness has resulted in over more than half a million deaths from COVID-19 in the United States alone. It is obscene that, during this crisis, the United States has used more of its resources on defense spending than it did during the Vietnam War.

A reduction in defense spending doesn’t require a reduction in defense: it simply requires an increase in prioritization and accountability from the Pentagon. In 1990, Congress passed a law directing all federal agencies to produce regular, audited financial statements; thirty years later, the Department of Defense is the only agency that has failed to do so. Without the ability to even track how funding is used, defense spending has become a cesspool of waste and redundancy.

Bipartisan efforts to clean up the defense budget have universally failed. In part, this is because many members of Congress benefit from the mess. Private defense contractors, who receive over half of all defense spending, generously contribute to Congressional campaigns. But another major problem is that even dedicated waste hawks are unwilling to condition the Pentagon’s funding on fiscal discipline. Audit or no audit, defense dollars continue to climb. It’s impossible to fix a flooded basement with a firehose.

Biden’s proposed defense budget is surrender. Surrender to a narrow and inadequate view of security. Surrender to a broken bureaucracy. Surrender to the revolving door of defense dollars, which travel from the Pentagon to private defense contractors to the coffers of Congressional campaigns.

Former Defense Secretary Robert Gates said, “If the Department of Defense can’t figure out a way to defend the United States on half a trillion dollars a year, then our problems are much bigger than anything that can be cured by buying a few more ships and planes.” Twelve years later, our problems  –the global pandemic, climate change, racial inequity, gun violence, poverty – are indeed much bigger.

The federal budget is an expression – perhaps the most concrete and measurable expression – of the values and priorities of the country. It’s time for Congress to prove that the United States can care for its citizens much more deeply and understand their security much more broadly than it did under Trump. It’s time to cut the defense budget.