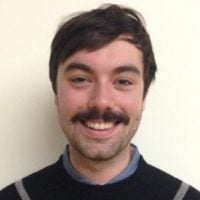 The California Air Resources Board (CARB) is currently considering one of the most critical rules for air quality and climate change in many, many years. This regulation, called the Advanced Clean Fleets (ACF) rule, has the potential to deliver significant reductions in both air and climate-warming pollutants by requiring the state’s largest and most profitable commercial and public fleets to transition to electric trucks, vans, and buses over time, beginning in 2024. To accomplish that, however, the rule needs to adequately address the most polluting trucks – Class 7 and 8 tractor trucks. Those are the trucks most people might refer to as big rigs, semis, and 18-wheelers.

While UCS and I applaud CARB’s efforts in developing such a meaningful regulation, there are several vital changes that could, and should, be made to the rule to maximize its environmental and economic benefits. I covered those changes in a previous blog. One, in particular, is worth revisiting here as it has the potential to bring nearly 25,000 of the state’s most polluting trucks into the regulation and supercharge its effectiveness.

Under the current proposal, fleets with annual revenue greater than $50 million or with more than 50 trucks would be covered under the rule. While the numeric compliance threshold of 50 trucks makes sense for certain fleets, like those with smaller trucks and vans, it overlooks the outsized pollution impacts of certain types of heavy-duty trucks on California roads and highways.

The ACF can only realize its full potential to help slow climate change and provide equitable access to clean air if it directly accounts for the excessive pollution and public health impacts of Class 7 and 8 tractor trucks. The rule should include a dynamic compliance threshold that accounts for the vast differences in emissions from varying types of vehicles.

Tractor trucks make up just about 1 percent of all on-road vehicles in California. Despite their low numbers, these trucks are responsible for around one-third of smog-forming nitrogen oxide (NOx) emissions, a quarter of lung-damaging fine particulate matter (PM2.5) emissions, and just under 15 percent of climate-warming greenhouse gas (GHG) emissions from the state’s on-road vehicles. What’s more, these trucks tend to operate near ports and on industrial corridors, and communities adjacent or downwind from these locations–places like Wilmington, West Oakland, and Riverside–have historically borne disproportionate impacts from unhealthy air quality.

The current iteration of the rule would largely treat a fleet of small delivery vans (Class 2b for the real truck nerds out there) the same as one comprised of massive tractor trailer trucks. It is easy to assume that a fleet of 50 delivery vans would emit less pollution than a fleet of 50 tractor trucks, but the numbers show the significant extent of this difference.

Using CARB’s vehicle emissions modeling tool, we can see that, compared to a fleet of gas-powered Class 2b delivery vans or full-size pickups, the same size fleet of Class 8 tractor trucks would emit 14 times as much NOx, 4 times as much PM2.5, and 4.5 times the GHGs.

You read that right—the current proposal largely fails to account for the varying amounts of pollution from different types of fleets.

This stark comparison makes an excellent argument for giving special consideration to tractor truck fleets under the rule. What’s more, a lower compliance threshold in the high priority fleets language would help to address the exclusion of certain tractor trucks under the drayage portion of the rule, which would allow dirty diesel auto transports and fuel delivery tractor trucks to operate nearly 20 years past the Governor’s goal of 100 percent drayage operations by 2035.

A numeric compliance threshold of 10 trucks under the ACF for Class 7 and 8 tractor trucks would be the most effective way for the rule to help California accomplish its air quality and climate goals. At this threshold, nearly 90 percent of emissions from California big rigs would be covered under the rule, while only regulating 13 percent of fleets.

This provides a serious regulatory bang for the buck as it brings more emissions from the most polluting vehicles under the rule, leaves the smallest and most vulnerable tractor truck fleets unregulated, and would not significantly increase the complexity of the agency’s administration of the rule.

By keeping the rule’s threshold at 50 for all trucks, regardless of their different emissions rates, the ACF will miss around 25,000 of the state’s oldest and dirtiest tractor trucks (those from fleets with between 10 and 49 trucks).

Bringing these trucks into the rule is perhaps one of the easiest and most cost-effective ways to reduce air pollution from transportation in the state and would deliver additional and faster relief to communities suffering the most from air pollution compared to the current proposal. CARB must account for the varying levels of pollution of the different trucks and a lower fleet threshold for tractor trucks is the most effective way to do this. Although the current rule is a big step towards cleaner air and a stable climate, its failure to fully account for emissions from the most polluting trucks will make for a less effective rule.